‘I believe in miracles’

GHI Chairman, Max Gosney sees auspicious signs of recovery during a trip to the apron at London Luton Airport. However, a sustained turnaround in our fortunes demands unshakeable faith in stakeholder collaboration, he discovers

“Move over Lourdes. It seems that an airstrip in Luton, 40 miles north of London, has stolen a march on the French town on the foothills of the Pyrenees as the place for performing miracles.

For during a trip to London Luton Airport last week there appeared a wonderful vision. Amid a mid-morning airport stakeholder debrief already awash with joyful news of returning volumes and improving load factors came a flash of orange light in my peripheral vision.

Outside the window appeared the tailfin of an easyJet A320, which had recently been in the heavens above. And, descending from its rear steps were reams of passengers. Not a trickle but a solid, rushing stream. They wore face masks, wheeled cabin bags across the tarmac and Ave Maria it felt like finally our prayers have been answered.

That vision was not an aberration on the day or a result of overdosing on hay fever tablets. Wizz Air’s check in gate bustled and the steps of its A321s reverberated with the footsteps of expectant holiday makers. Coffee shops frothed their cappuccinos and security staff scrutinised their X-ray scans with steely gazes.

The airport community at Luton reported a 600% uplift in aircraft movements from June to July and the momentum will only build in August according to all attendees on that stakeholder Teams call.

Wizz Air plans to ramp up to 60 flights a day from next month and claims load factors of 65-70% and above. Fellow LCCs, easyJet and Ryanair echoed the buoyant news of expanding routes and rising passenger volumes. It means that many of the resident ground handlers at Luton including Menzies and GH London will recall all available employees from furlough to satisfy growing demand.

This is of course just one airport and a minnow in comparison with a London Heathrow, JFK or Changi. However, London Luton Airport offers clear signs of hope and inspiration: two qualities that most right-minded aviation professionals are crying out for right now. On the latter, Luton serves up an invaluable case study in that topic du jour during this pandemic – stakeholder collaboration.

The airport has a head start here. Luton pioneered IGOM implementation, a cross-party safety improvement initiative (The Luton Safety Stack) and GSE pooling in the days when the Covid virus was content with hassling only horseshoe bats.

It’s driven by the visionary and maverick style of Liam Bolger, Head of Airside Operations at London Luton Airport. Unconventional is listed as one nine guiding values for the airport beside Bolger’s desk in the Operations Centre. Here Bolger can certainly walk the talk. He queries the airline sector’s unhealthy obsession with OTP: “I don’t even want to talk to airlines about OTP anymore,” he chides. Most ground handlers perform 10-15% above OTP levels, he explains but the stopwatch often only starts after an arrival on stand, which may already be behind the schedule. The real metrics for most passengers are not take off, but touch down time at their destination, he adds.

Not that Bolger could be accused of favouritism. He abides by a one terminal, one team mission statement and acts as a patriarchal figure overseeing improved performance for all. Airline or handler: everyone is expected to behave with integrity, remain approachable and burn with a passion for service excellence at Luton. Bolger reflects on the ludicrous oversight of many of his airport peers who look down on ground handlers as somehow second rate rather than a dynamic resource for innovation, safety and departure efficiency.

The avant-garde philosophy is crystallised during the morning video debrief where Bolger interjects to check whether Covid-19 adjusted booking protocol is not resulting in handlers being asked to perform 26 different ways of checking in. Satisfied it’s not, we move on.

You hope more airports echo this egalitarian approach. Because there’s never been a more important time for teamwork with the flood of operational adjustments being introduced in the wake of the Covid-19 crisis. This week ACI Europe has recommended landmark changes to member airports around check in, boarding and offloading of aircraft.

If these modifications are not carefully managed then it could put stakeholders at loggerheads. For example, an SLA guided by first bag offload times is utterly incompatible with new airport SOPs stipulating staggered offloading to avoid overcrowding in luggage reclaim.

These challenges can be overcome through strong dialogue across the airport of the kind witnessed at Luton last week. But the difficult conversations ahead around cost, resource and precious minutes lost during departure will demand a heightened level of togetherness and tact from all parties.

A final lesson from Luton is to conduct such discussions on what Bolger calls an adult-to-adult rather than childlike basis. That means no accusations, take it or leave it tactics and throwing a tantrum when you don’t get the deal you demand.

Bolger reflects that ‘organisations create the behaviours they get and get the behaviouirs they deserve’. It’s a fine motto for the opening page of the guidebook to success in aviation after Covid-19, which will be launched under the title: ‘Only through collaboration will we conquer’.

Some pics from the Luton visit below… 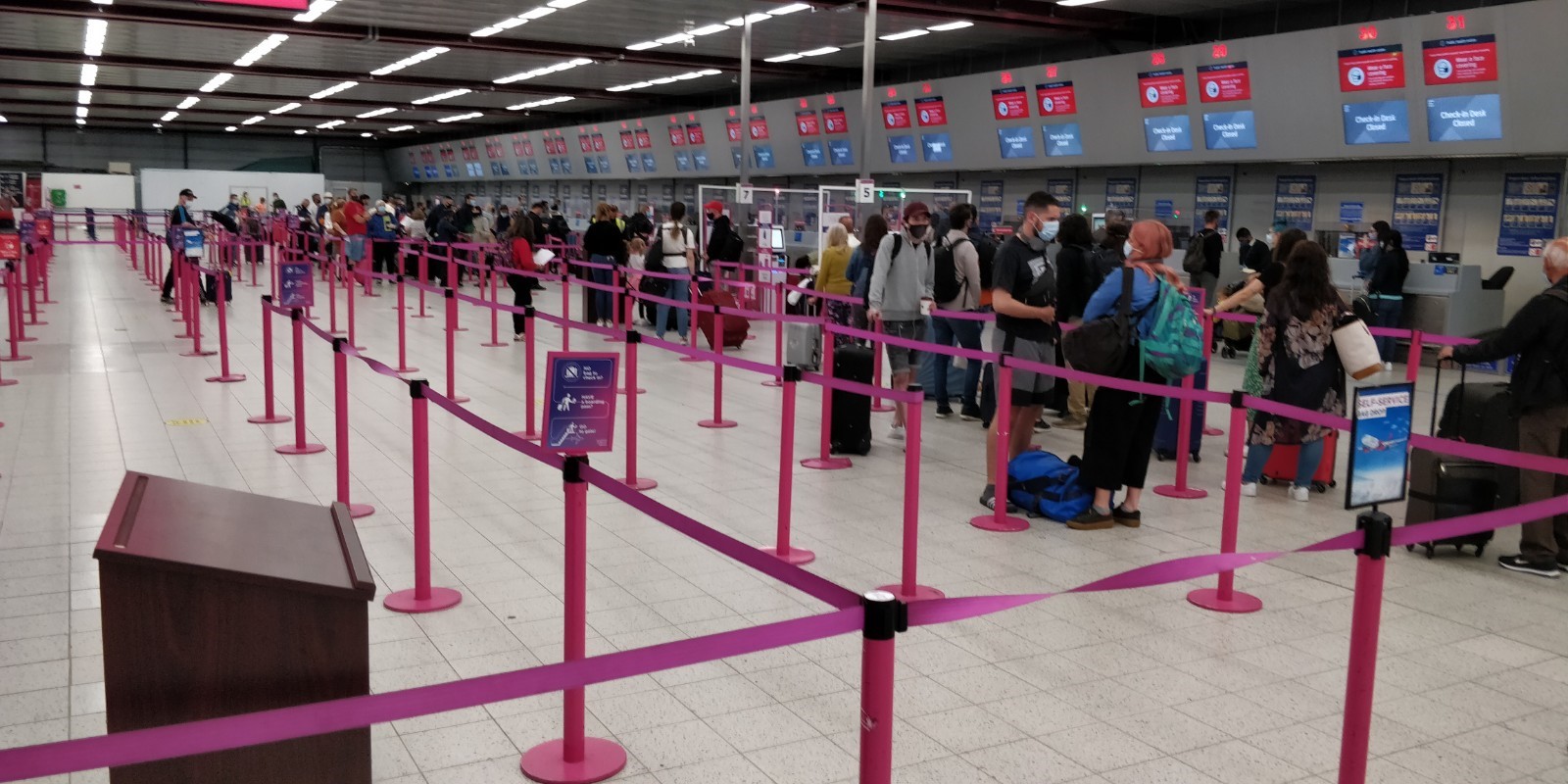 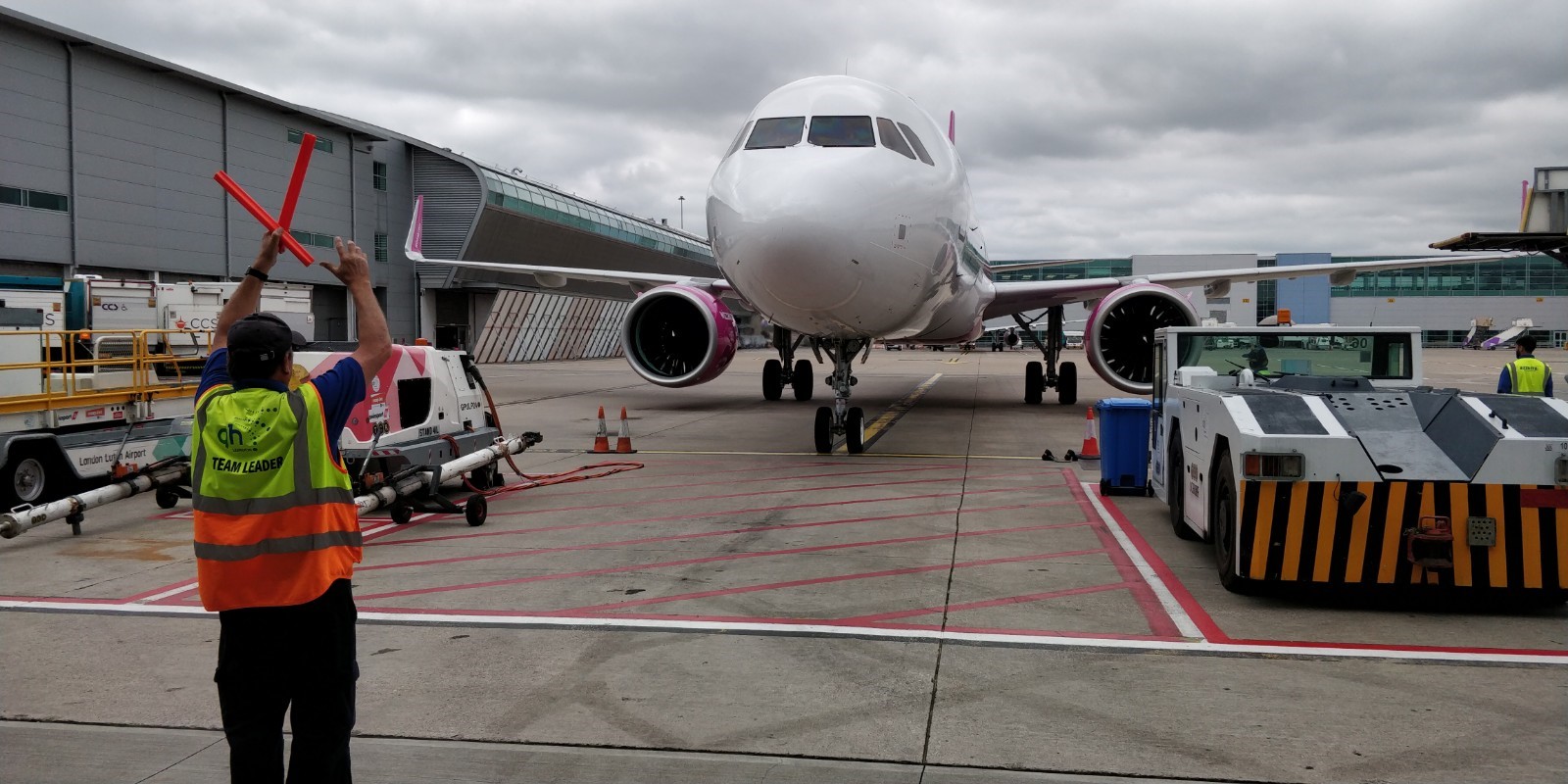